Monument Lab is a collaborative of scholars, artists, curators and educators. In partnership with Mural Arts Philadelphia, Monument Lab produced a citywide exhibition in the fall of 2017 across the city of Philadelphia. The curatorial team invited twenty artists, including internationally known and local artists working across media and perspectives to offer temporary monuments for the city. These works were installed in 10 public squares across the city. In each of these 10 squares, students, artists and community organizers also staffed “learning labs” where Philadelphians and residents could engage in conversation and offer their own proposals for the city. As a public art and civic research project, the process of gathering ideas from members of the public and understanding them as a valued part of the city’s information landscape is a vital part of the project. While the proposals were created on paper in parks across the city, the monument lab team was able to transcribe each proposal as it was offered, and incorporate the scanned proposal into a map and online data system designed with support from the Price Lab. The transcribed and analyzed proposals will be held by the Penn Libraries and made available through the city’s open data portal. 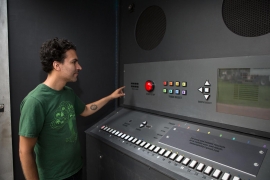 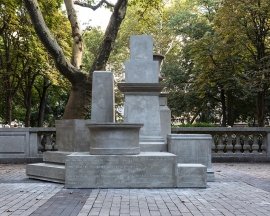 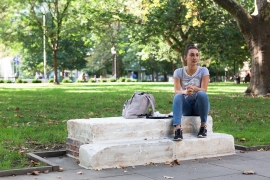