Mapping Paris during the German Occupation

Mapping Paris during the German Occupation

This project developed around an interactive multimedia map of Paris during the German Occupation using Neatline and Omeka. On the one hand, the map geolocates the key historical places linked to the Nazi occupant, to the French Collaborationnists as well as the places linked to the anti-Semitic measures. On the other hand, the map geolocates places mentioned in selected witness testimonies from the Shoah Foundation VHA and selected authors (e.g. G. Perec, P. Modiano).

Each historical pin comes with a description of the place before the war, during the war and a picture. It also includes, when possible, excerpts from selected memoirs written by French (e.g. P. Audiat, J. Guehenno, J. Langeron), German (e.g. W. Lange, A. Breker) and American (e.g. S. Beach, J. Flenner) witnesses as well as articles from the press in which the place is mentioned. Finally, when possible, we have embedded videos from the French national archives, the oral history archives of the United States Holocaust Memorial Museum, the Shoah Foundation VHA and/or literary excerpts.

The geospatial approach of the Holocaust in France has mostly produced static maps. One exception is the interactive map tracing the deportation of Jewish children in France realized by J.-L. Pinol and S. Klarsfeld (2012). Red circles on the map indicate the name, age and address of each child at the time of his|her arrest.  The mapping project developed with the Mellon grant pushes Pinol’s and Klarsfeld’s endeavor to a higher level by providing a voice and when possible a face to the victims. It anchors their lives into the historical and urban context while linking them to literary texts.

The map is still a work in progress. So far 9 arrondissements have been mapped out of 20. Since all the data has already been collected, I anticipate the actual mapping to be finished by the end of the Summer. The map will be the key reference for the course French 225 in the Fall 2018. It also constitutes an enlightening document for any course|research on the time period and Holocaust studies.

The project was presented during the Lori Rutman Fellowship event organized by the USC Shoah Foundation at UPenn on March, 15 2018 and during the ACLA conference at UCLA on March, 30 2018. A Harcourt Publishing co. representative approached the panel at UCLA offering for our contributions to be part of a publication about witnesses and testimonies. 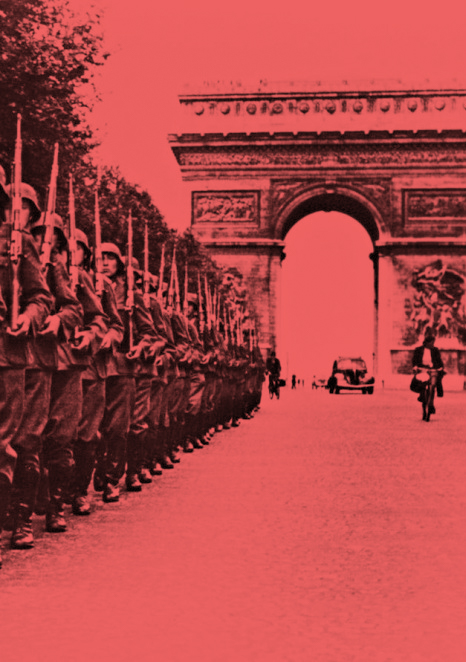