Lisa Mitchell is an anthropologist and historian of southern India.  Her interdisciplinary research and teaching interests include collective assembly, public space, and the built environment in the history of Indian democracy; the cultural history of cement in South Asia; ethnography of informal urban credit networks; neoliberalism and the city; commodities in transnational history; ethnographic approaches to the state; and Telugu language and literature.  She is currently finishing a book entitled Hailing the State: Collective Assembly and the Politics of Recognition in the History of Indian Democracy.  She has also recently begun a new book project documenting a cultural history of cement in India, provisionally titled, Three Bags of Cement: Concrete Dreams in the New India, which includes investigations of informal urban credit networks in the South Indian city of Hyderabad.  Her earlier research traced the rise and fall of language as a new foundational category for the reorganization of literary production, history-writing, pedagogical practices, and assertions of socio-political identity in southern India.  Her book, Language, Emotion, and Politics in South India: The Making of a Mother Tongue (Indiana University Press, 2009 and Permanent Black, 2010), was a recipient of the American Institute of Indian Studies' Edward Cameron Dimock, Jr. Prize in the Indian Humanities.

A newcomer to the digital humanities, she has always been interested in how the collection and organization of archival materials and other types of data have shaped their interpretation and meanings.  Particularly challenging in the context of India is the gulf between what is said, circulated, written, recorded, and preserved in India's many vernacular languages and what is preserved in elite or dominant languages (once Sanskrit or Persian, now English), and she is therefore interested in the application of data-mining technologies to South Asian vernacular languages, with all of the challenges that India's many scripts pose to OCR.  She is currently compiling a database of strikes and other contentious collective assemblies in India from the 17th century to the present, and is collaborating with Anastasia Piliavsky at the University of Cambridge and an international group of historians and anthropologists studying South Asian vernacular political vocabularies to better understand how people understand and talk about democracy and everyday political practices in languages other than English.  The Political Vernaculars collaboration is working toward the establishment of a shared searchable digital repository of vernacular political speeches, campaign literature, interviews, and other material on the political from throughout South Asia, with the possibility that it may be hosted here at Penn. 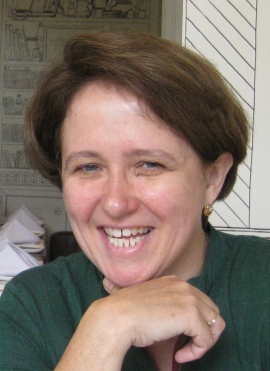