Professor and Chair of Graduate Studies, Department of History, University of Pennsylvania

Jared Farmer is Professor and Chair of Graduate Studies, Department of History, University of Pennsylvania. An environmental historian, Farmer has temporal expertise in the long nineteenth century, and regional expertise in the North American West. He has received fellowships and grants from institutions such as ACLS, NEH, and the Sloan Foundation. His book On Zion’s Mount: Mormons, Indians, and the American Landscape (Harvard, 2008) won the Francis Parkman Prize from the Society of American Historians. In 2014, the Dallas Institute presented him the Hiett Prize in the Humanities; in 2017, the Carnegie Corporation of New York named him an Andrew Carnegie Fellow; and in 2018, the American Academy in Berlin awarded him a Berlin Prize. His forthcoming book is a place-based planetary history of ancient trees and the problem of long-term thinking. Since coming to Penn in 2020, Farmer has begun a teaching and research project, "Petrosylvania," on regional fossil fuel history. 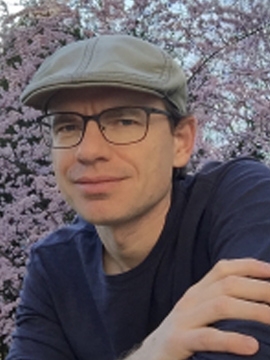