Cynthia Damon is a Professor of Classical Studies at the University of Pennsylvania. After earning her PhD at Stanford in 1990 she taught at Harvard University and Amherst College before coming to Penn in 2007. She is the author of The Mask of the Parasite: A Pathology of Roman Patronage (1997), a commentary on Tacitus, Histories 1 (2003), a translation of Tacitus’ Annals in the Penguin series (2013), and, with Will Batstone, Caesar’s Civil War (2006). She recently published an Oxford Classical Text edition of Caesar’s Bellum civile (2015), a companion volume on the text of the Bellum civile (2015), and a new Loeb edition of the Civil War (2016).

Current projects involve editorial work in the digital realm. She is preparing a digital critical edition of the Bellum Alexandrinum for the Library of Digital Latin Texts and a variorum commentary on Tacitus' Agricola for the Dickinson College Commentaries series. Student involvement is an important element of both projects. The Agricola commentary was begun as a class project in an undergraduate Latin class (LATN 309, fall 2015) and is presently moving rapidly towards completion with the assistance of two undergraduate research associates. The Bellum Alexandrinum project has involved input from students at every level from high school to graduate school. It is intended in the first instance as a pilot project to test the new Digital Latin Library editing platform. But it will also provide a precedent for collaborative editions and an example of how one might include editing in the training of classicists. 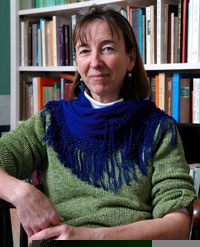