Breanna Moore is a third year PhD student in the History Department at University of Pennsylvania. She graduated from UPenn with majors in International Relations and African Studies in 2015.Her research interests include slavery, the transAtlantic slave trade, the colonization of North America, South America, the Caribbean, and Africa, and the history of the African diaspora. She's passionate about disseminating diverse histories which center marginalized groups to the public, inside and outside of academic spaces, through multimodal mediums such as film, digital media, fashion, and public history projects. In 2019, she was commissioned by the University of Pennsylvania Museum of Archaeology and Anthropology to create an art installation for the opening of their New Africa Galleries. She co-created a dress, titled “Wearable Literature,” which uses art and embroidery to express the importance of ancestral communication and the principle of Sankofa in the design of the fabric. She joined the Penn Slavery Project in Spring 2018. Through the Penn and Slavery Project’s Augmented Reality Mobile App, she documents the history of my family over five generations, from slavery to the present, set in contrast with the fortunes of my family’s enslavers which included two men who received medical degrees from Penn during the 19th century. Through the Mellon Doctoral Summer Research Fellowship in the Digital Humanities, she's creating an interactive ArcGIS StoryMap website, "A Casestudy for Reparations," which centers her family as a microcosm of the southern Black experience from slavery to present day and explores issues of reparatory justice, intergenerational wealth and privilege, and legacies of inequality between the wealth, educational attainments, and resources of the families of white enslavers and the families of the enslaved in Sumter, South Carolina. 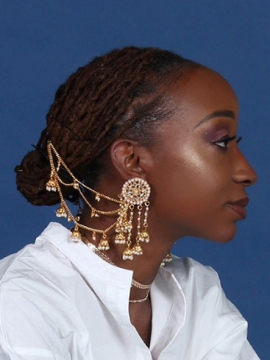