Ayako Kano is Associate Professor in the Department of East Asian Languages and Civilizations (EALC), and is also a core faculty member in Gender, Sexuality and Women’s Studies (GSWS), as well as a member of the Graduate Groups in History (HIST), and in Comparative Literature and Literary Theory (COML) at the University of Pennsylvania. Her undergraduate degree (B.A.) is in British literature from Keio University, Japan. Her M.A. and Ph.D. degrees are  in Comparative Literature from Cornell University.  At Penn, she has been teaching courses on modern Japanese fiction, film, and critical theory, contemporary Japanese society, Japanese theater, as well as courses on gender and sexuality in Japan and East Asia.

Kano’s first book, Acting Like a Woman in Modern Japan: Theater, Gender, and Nationalism examined the first generation of actresses in the era of Japanese empire-building. Her second book, Japanese Feminist Debates: A Century of Contention on Sex, Love, and Labor, analyzes contentions on gender and sexual issues in the context of Japanese intellectual history (1911-2011). As a DH Faculty Fellow, Kano will be engaged in several projects, including a website capturing the transnational adaptations of the medieval Japanese noh theater, and mapping the structure of the Japanese literary sphere (bundan) and intellectual public sphere (rondan) of 20th century Japan. 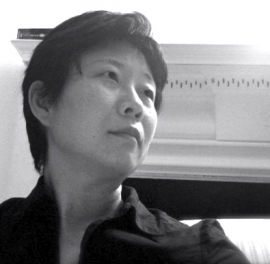